I always start letters by being amazed at how fast the time has gone - this is what happens when so much is packed into a little bit of time. I have wanted to run to the computer and write many times, and then the next thing hits and I think, "It is a good thing I did not write yet."

The best thing is the people getting saved and the growth in the churches. One man to whom we have been witnessing and praying for finally "got it." Dan and he were out in a village where there is no electricity or running water, working on a future church site. The man noticed the huge electric towers overhead and commented, "It is a shame that the cable goes right over this town, and yet they are still in darkness." Dan said, "That is just like you. You have been coming to church and hearing the Gospel, and yet you are still on the road to hell." He came and prayed with Dan the next day. Hallelujah! Not only is there rejoicing in heaven over one sinner who repents - I get excited too. Now we have more who are ready to get baptized. That is always encouraging.

I wrote of deliveries that have come my way - another one came. This time the lady was in early labor, and it was 8:30 p.m. I knew it was going to be a long night, but no one was there with her, so I didn't feel like I could just leave. (Meanwhile, the girls called, saying the cat was having her kittens and what should they do? Watch - smile. Call me if you need anything.) The hours stretched on as I sat in a dark room lit by a kerosene lamp and swatting mosquitoes ---there was to be no relaxing. I asked at one point, "Do you have a dog over there in the corner?" Half the room was taken up by wood, buckets, cement bags, dishes, etc. "No," she said, "that is just the rats." Okay, so now I watched as the mice went back and forth - I had a flashlight. I noticed that they kept their blankets and clothes in a metal drum to keep out the rats. I did use the time to pray for you ALL. I prayed for all our churches, friends, concerns, and anything that came to my mind. So, maybe God was just telling me, "Come over here and talk with Me for a while." Finally a sister-in-law came at 3:30 a.m., so I felt I could leave. I figured the baby was coming the next afternoon. I got to bed by 4:30 and was extra appreciative of my nice, clean house and bed.

It was the woman's second baby, but the first child is 16 years old, so just the same as a first delivery. She had a healthy baby boy that afternoon at 4 p.m. at the hospital. Her house was not suitable for a delivery --lots of traffic during the day; and my house surely has lots of traffic during the day; so I was happy she had a safe delivery and a healthy baby - without me, smile. It was Stephen's birthday, and I already had the day fully filled. God held me up, and I was not even that tired.

On Sunday we were all singing away when some kids in the middle aisle at church noticed a snake above their heads on the crossbeam. We all filed out to let the men kill it - a long green snake. Dan says it was not poisonous - better dead anyway. Then we came back in and finished the service. Dan had just been teaching Sunday school about the devil and his attacks, Eph. 6. Satan is planning an evil day for you. He is smart and is trying to plan your downfall. Anyway, the snake was a good illustration and also woke everyone up for the morning message.

Twice, a pastor from Canada has sent money for some Liberian refugees who are here, and Dan has been willing to receive the money, buy the food, divide it up, and distribute it. That was a huge job, but greatly appreciated. Imagine doing that for 168 families. It was a joy to be of help to such needy people and to be able to encourage them in the Lord in English. Seth has had some of them come to his services recently. There is so much that could be done!! TIME. A ten-year-old girl there at the refugee camp (They are living in tents made of palm branches; you can't even stand up in them.) just drowned last week when she was at the river drawing water. I could send pictures, but it would be too gruesome. They have killed so many snakes, seven in one day last week. A man was also bitten but is doing quite well, and a pregnant woman rolled over on one, but it didn't bite her. We need so much prayer and strength as we live life here.

The next Sunday Andy and Becky's water heater shot out flames while David was trying to light the pilot light. The pilot light was out, but the gas was still on; so when David tried to light it, flames engulfed him. He got 1st and 2nd degree burns on his hands, arms, legs, and feet. His face and hair also were singed. Becky, who was back in the doorway, was even burned on her face, one arm, hand, and foot. They were able to get into cool water right away, and between us we had "good stuff" for burns; a product called "Ice," and the main good thing was egg whites. (Yes, I've told a few people about that, though I never thought we'd have to use it like we did.) The egg whites work really well - coat the skin, seal, and sooth. I pray for discernment and wisdom every day. God has to give wisdom for each step of the way. It has now been a week, and they are healing fairly well. There are quite a few raw patches, swelling, and discoloration, but we are praying that all this will heal quickly and with no complications. (If you want to see pictures, go to Andy Messer's facebook.) Praise the Lord for His mercy ---it could have been a lot worse if their clothes had caught fire. A burn will for sure remind you that you don't want any of your friends to go to hell.

Dan has been able to buy two properties in different villages to start churches. In one of the villages, we already had a group going - preaching done by Pastor Paul, the one who was here at this church while we were in America. Now Paul is back there preaching full time. The other village is a brand new work. Pray that many people will get saved. That is the goal - reach people for Christ and help them grow. We live in exciting times. The more we pray and see Satan kick, the more we know God is blessing. Pray much.

Thanksgiving is almost upon us. Many happy wishes and prayers to you! Giving thanks will surely start the day out right. All of us are well. Here are pictures of Gideon, Esther and Joseph who change the most. We thank God for each of these precious ones He has entrusted to us. We thank God for you, too, and for your prayers, which make it possible for us to be here! 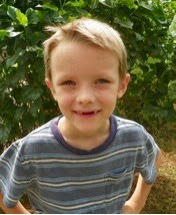 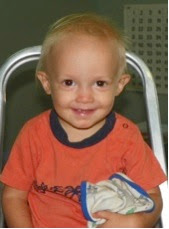 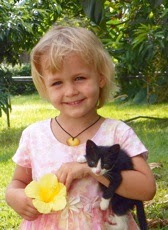 With lots of love,

Posted by The Cuthbertson Family at 6:45 AM

The Cuthbertson Family
We serve with Baptist World Mission in Cote d’Ivoire, West Africa. Our ministry is church planting including teaching the kids, women and men, witnessing and doing visitation every week. We feel strongly that it is during this time that most people are saved. My main ministry is our home. God has blessed us with 12 beautiful children, whom I have homeschooled. They range from 30 to 10 years old. We all use French in our ministry. Ruth and Richard Jertberg and their 6 children are missionaries to Madagascar. Hannah and Nathan Schrock and their 2 children are missionaries on deputation to Côte d’Ivoire. Seth and Paige and their 2 children are also missionaries in Côte d'Ivoire, working in the town of Sassandra. Lydia is in her final year at Ambassador Baptist College and is seeking God's will. Susanna, engaged to Matthew Schrock, are making plans to come work with us after their marriage, while they seek God's will. Isaiah, Stephen and Rebekah are also at Ambassador. Josiah plans to attend Ambassador in the fall of 2021. Joseph, Esther and Gideon are still being homeschooled. They still help with the music, the nursery and the youth, and are ready to substitute teach when needed.